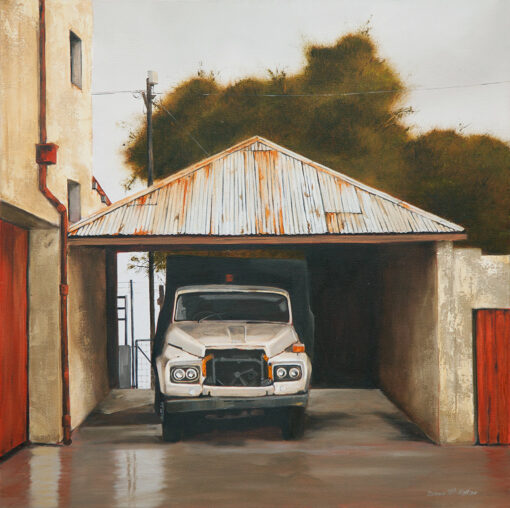 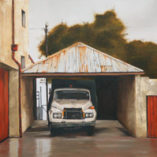 An old and well used vehicle sits in a quiet side street of this busy village. Donna was drawn to the light reflected on the floor on this rainy day.