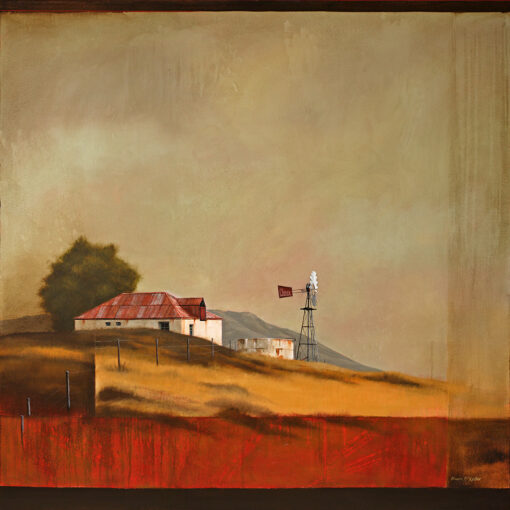 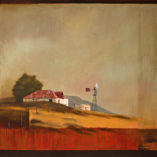 A post modern take on a Caledon farm with its windmill and reservoir.

This work formed part of Donna’s solo exhibition at the gallery at Grand Provence, Franschhoek, entitled Life as a House in 2012.

Donna explored a more playful approach with this exhibition, moving away from her romantic realism, instead expressing something more complex about life, alongside its raw beauty and shifting perspectives.